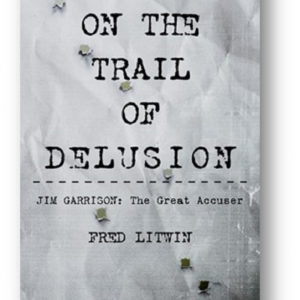 While #conspiracytheories have gone mainstream over the past few years from the Russian Collusion #Hoax to the Sharpie Incident, the Queen Mother of events piled with such speculation is the #JFK Assassination.

Fred Litwin, a former JFK Conspiracy Theorist has #debunked all of the several explanations surrounding the murder. He goes further into the investigations with his new book: On The Trail of Delusion: Jim Garrison: The Great Accuser. He looks into the rabbit hole the former prosecutor delved into and the injustices which followed.

Fred Litwin is the author of several books, and has written articles for the National Post, the Ottawa Citizen, and the Toronto, among others. His 2015 book, Conservative Confidential: Inside the Fabulous Blue Tent details his journey from left-wing, anti-nuclear activist to becoming a gadfly on the right.

Litwin has been interested in the JFK assassination since he was young, and 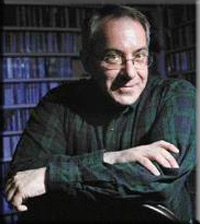 his latest book is the result of his incessant research into the topic, which debunks conspiracy theorists and proves there was only one gunman: Lee Harvey Oswald.

Litwin is a marketing professional, who worked for Intel Corporation, and organized the launch of the Pentium II in Asia. In 2000, he founded NorthenBlues Music, a cutting-edge blues label. The company has released over 70 CDs, and has garnered 12 Juno Awards and over 40 Blues Music Award nominations. In 2007, Litwin started the Free Thinking Film Society to showcase films on liberty, freedom and democracy. The Society has now shown over 100 films and also organizes book launches and panel discussions.

An avid volunteer, Litwin is on the programming committee of Kehillat Beth Israel synagogue in Ottawa, the Chairman of the Board of POGG (Peace, Order and Good Government), a small think tank in Ottawa, and sat on the Board of Directors of the Blues Foundation in Memphis from 2003-2009. He has also done a lot of work with the Centre for Israel and Jewish Affairs in Ottawa.