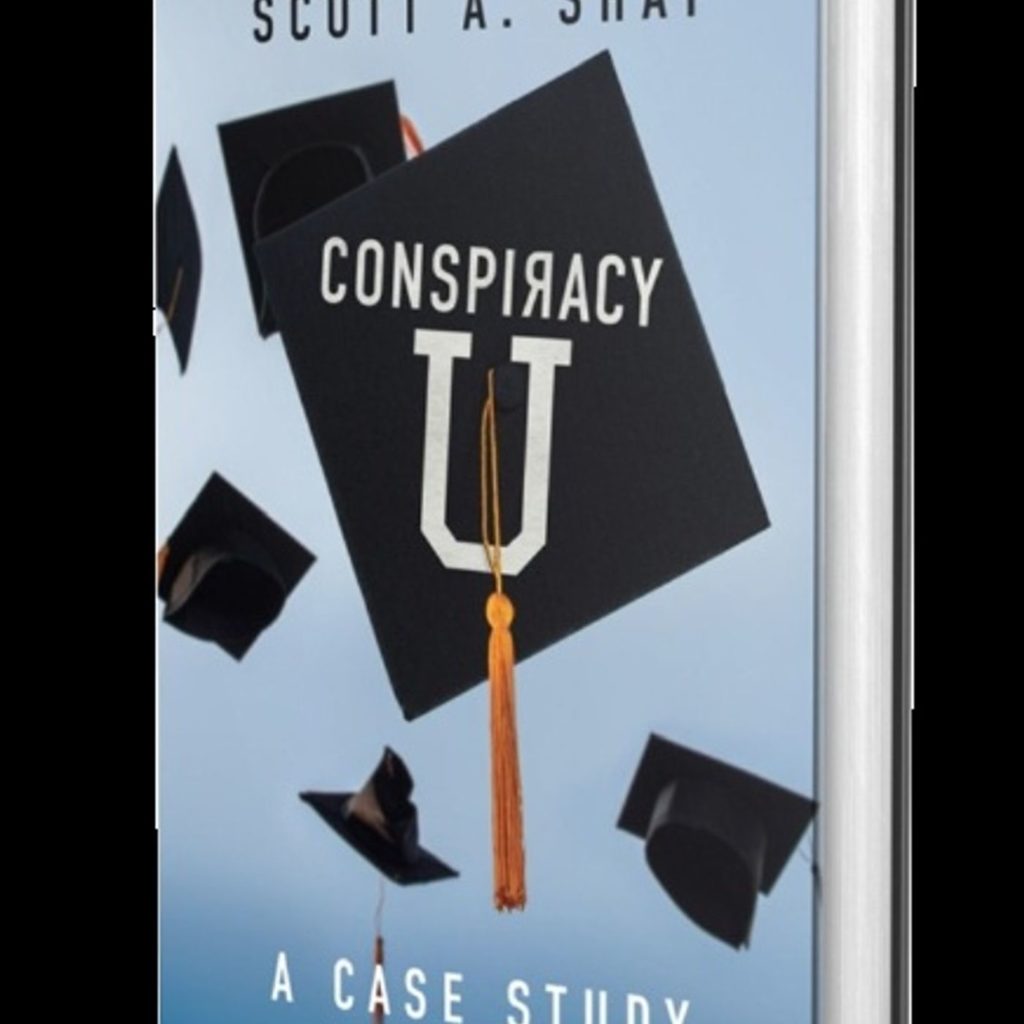 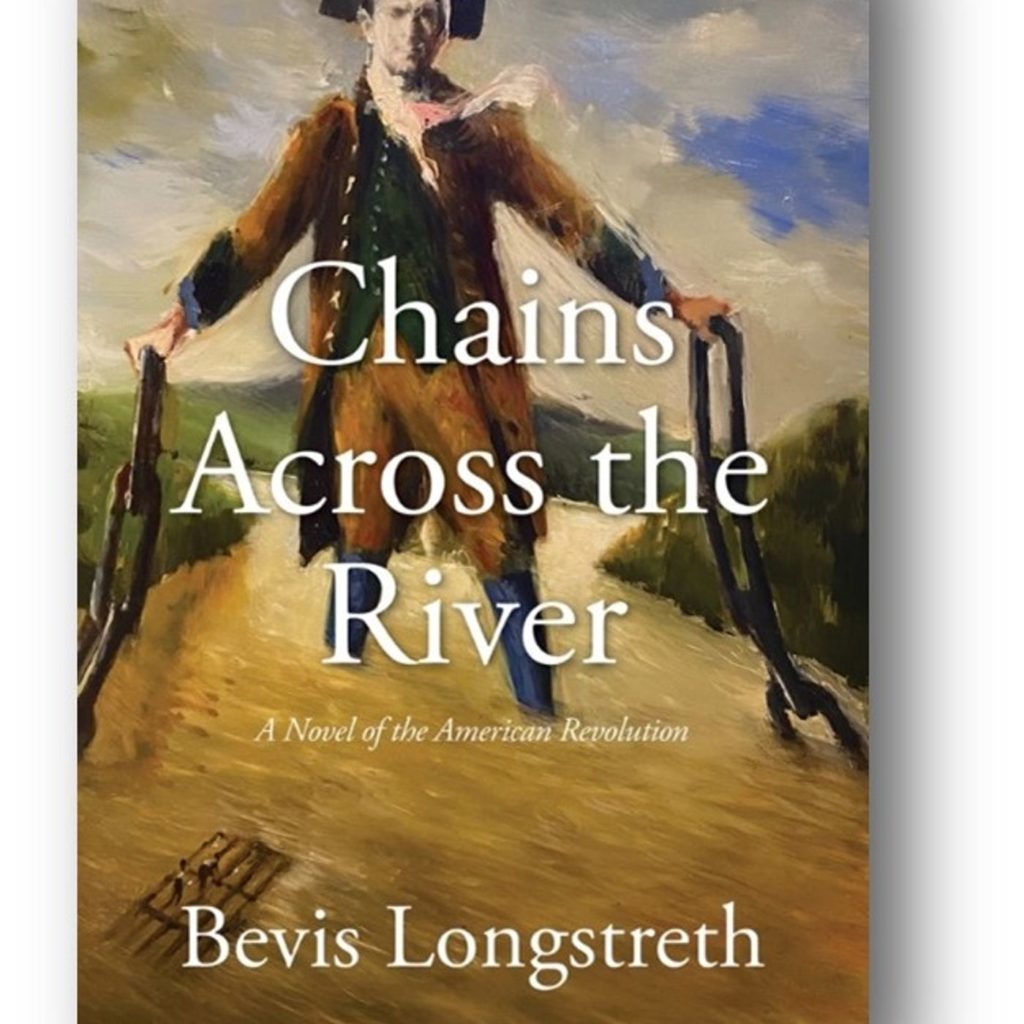 During the Revolutionary War, undermanned but with something of a home-field advantage, leaders of the Continental Army concocted a cunning plan to keep the British from advancing up the Hudson River: setting up long metal chains in some locations from end-to-end. While a sound defensive strategy, the chains were not needed. Historian and author Bevis Longstreth, a Hudson Valley resident, imagines a scenario where the British found a way into the Hudson and would face the mega-traps in his new book, Chains Across the River.

Longstreth brings to life the efforts of the Secret Committee of the “Committee of Safety” and how Thomas Machin was dispatched to handle the situation. He then tells the story of what might have happened had the British Empire sent an armada upward to try and take the Hudson.

“Why do historians devote so little attention to Machin?” says Longstreth. “It’s because of what didn’t happen on the Hudson. The British cut the first chain without testing it, and they never sailed against the second. Washington and Machin understood that the chain could deter without being tested at all.”

Bevis Longstreth is the author of four historical novels: Spindle and Bow, Return of the Shade, Boats Against the Current, and Chains Across the River. He combines his passion for history with a unique, contemporary perspective.

Pick up Chains Across the River here: https://www.goodreads.com/book/show/56186392-chains-across-the-river—a-novel-of-the-american-revolution 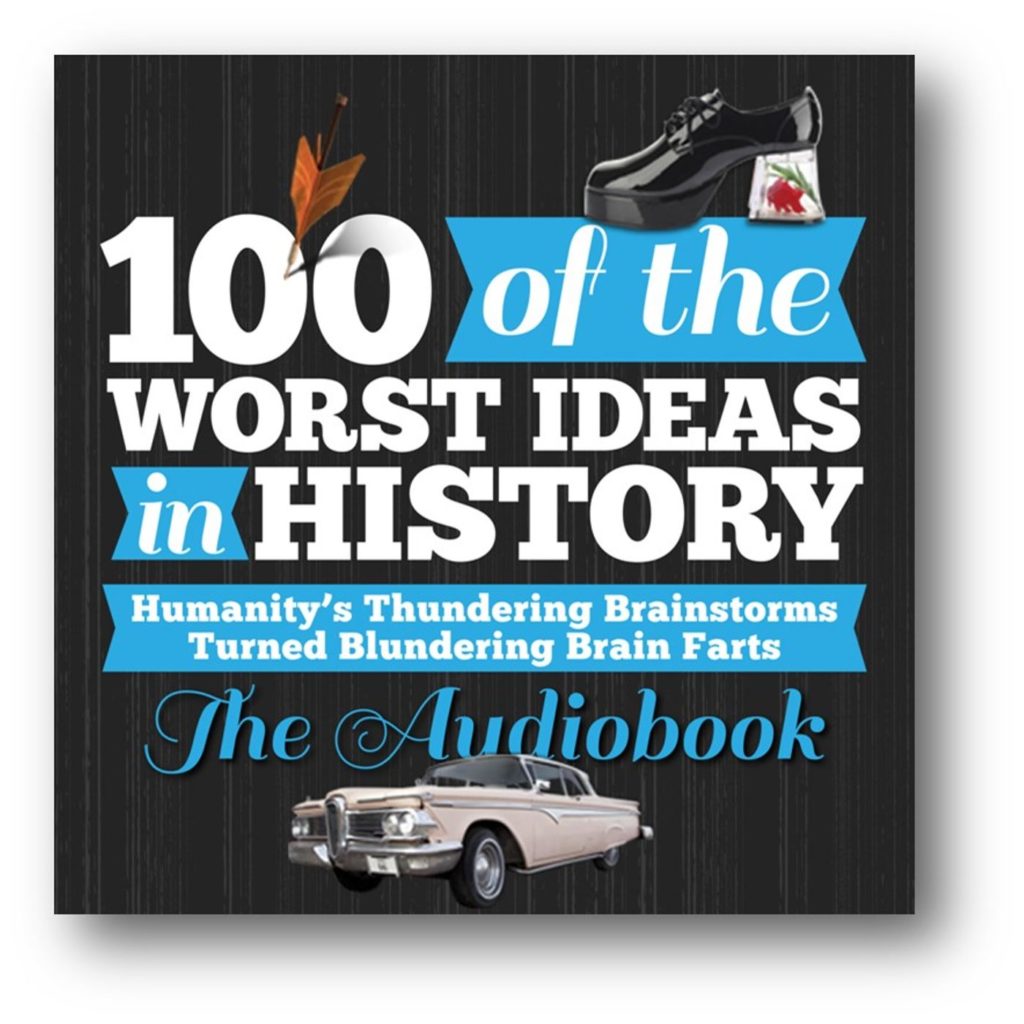 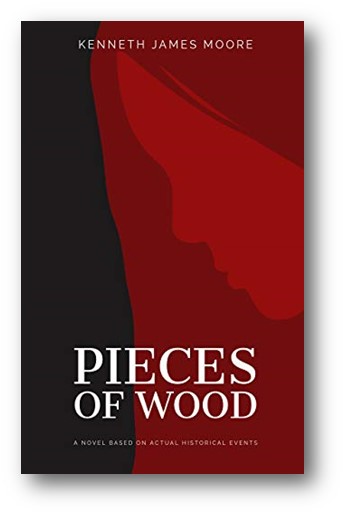 If we do not learn, or know enough about history, perhaps we will repeat mistakes of the past. In an era when history has been oversimplified, much of the important events and lessons are forgotten or completely ignored. Such is the case with the atrocities committed against women by the Imperial Japanese before and during World War II. Kevin James Moore tells the story about the regime’s “Comfort Women” in his new novel, Pieces of Wood.

Kenneth James Moore was researching the whereabouts of his World War II hero uncle who died during the battles in the Pacific Ocean between US and Japanese forces. While tracking down the events of his uncle’s service and death, Moore uncovered information about how women were taken from poor villages in Japan and the nations it occupied then brought to any one of a series of facilities to be used as “Comfort Women” to be brutalized and used as sexual slaves by Imperial Soldiers. Moore turned this information into the informative and intriguing novel designed to tell us what schools and much of the media eschewed.

When one is seeking answers regarding World War II in the Pacific, it is virtually impossible to avoid uncovering Imperial Japanese atrocities,” says Moore. “I was looking for data regarding my uncle’s plane. I initially had no intention of writing a novel focused on violence against women. Though that subject has haunted me the vast majority of my adult life, it wasn’t until happening upon the ‘ovens’ that the need to write such a work imploded across every measure of my being.”

Kenneth James Moore was born in 1949 in Tacoma, Washington. He graduated from Arizona State University and continued his education as a graduate student at Georgetown University. Political science and international relations were his calling.

Mentored by a former professor who was a Cold War counter-intelligence officer, Ken spent a year long stint as a volunteer alongside Admiral Bobby Inman, the Director of the National Security Agency during its reconstruction phase. Ken and his wife Patricia moved to Southern California, where Ken worked at Beverly Hills Securities as a commercial loan officer. He quickly moved to the investment banking side of the house and was able to retire at 45.

In 1994, Ken was the victim of a horrific automobile accident. Rehabilitation consumed every moment of the next four years as he relearned how to talk, walk, and swallow solid foods.

Ken was haunted by a promise he had made to his mother at age seven, pledging to unravel the mystery behind the disappearance of her youngest brother during WWII, Lt. Billy Weber, a B-29 Bomber pilot. His journey to the Pacific theater lead him to write the books The Hunt for the Life of Riley and Pieces of Wood. Learn more about Ken at www.kennethjamesmoore.com. 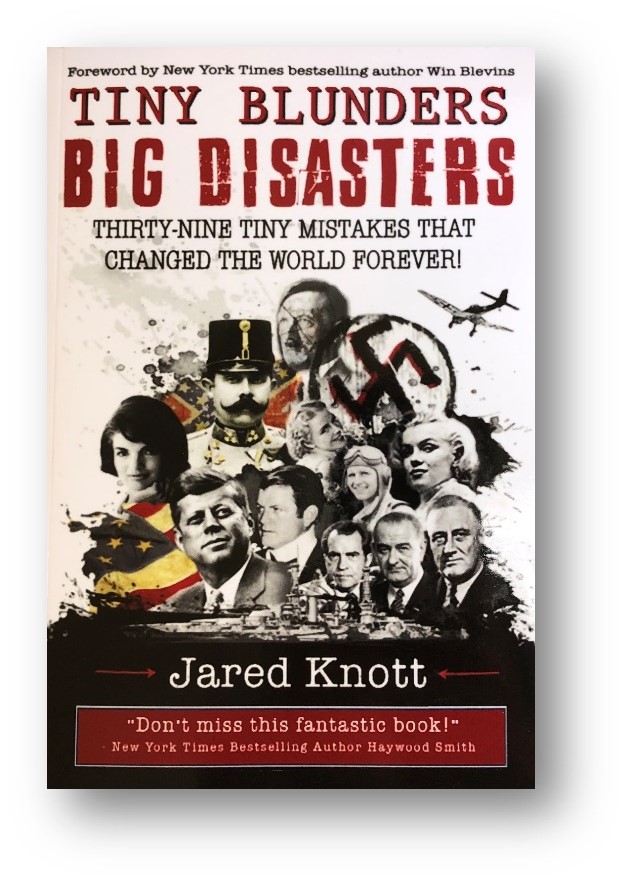 It’s amazing how one little mistake or decision can change one’s life and, perhaps, history. This week on Book Spectrum, Chris talks with Jared Knott, who compiled a library of destiny-changing little mishaps throughout the centuries in his new book: Tiny Blunders, Big Disasters: Thirty-Nine Tiny Mistakes That Changed the World Forever.

• An unopened letter saved the American cause in
the Revolutionary War?

• A badly designed paper ballot changed the
outcome of a presidential election and led directly to
a major war, a war that most now agree should never
have been fought in the first place?

• A German pilot’s small mistake saved Britain
and changed the course of WWII?

These are just a few little coincidences and mistakes which changed the course of world. Jared offers your listeners examples from ancient times through today.

Among his array of talents, Jared Knott has published several articles in the Mensa Bulletin and in graduate school textbooks on subjects ranging from Supreme Court Reform to Arctic Exploration. He was a decorated combat infantry officer in Vietnam in the First Air Cavalry Division. In his civilian career, he has been a marketing leader in the home improvement industry. 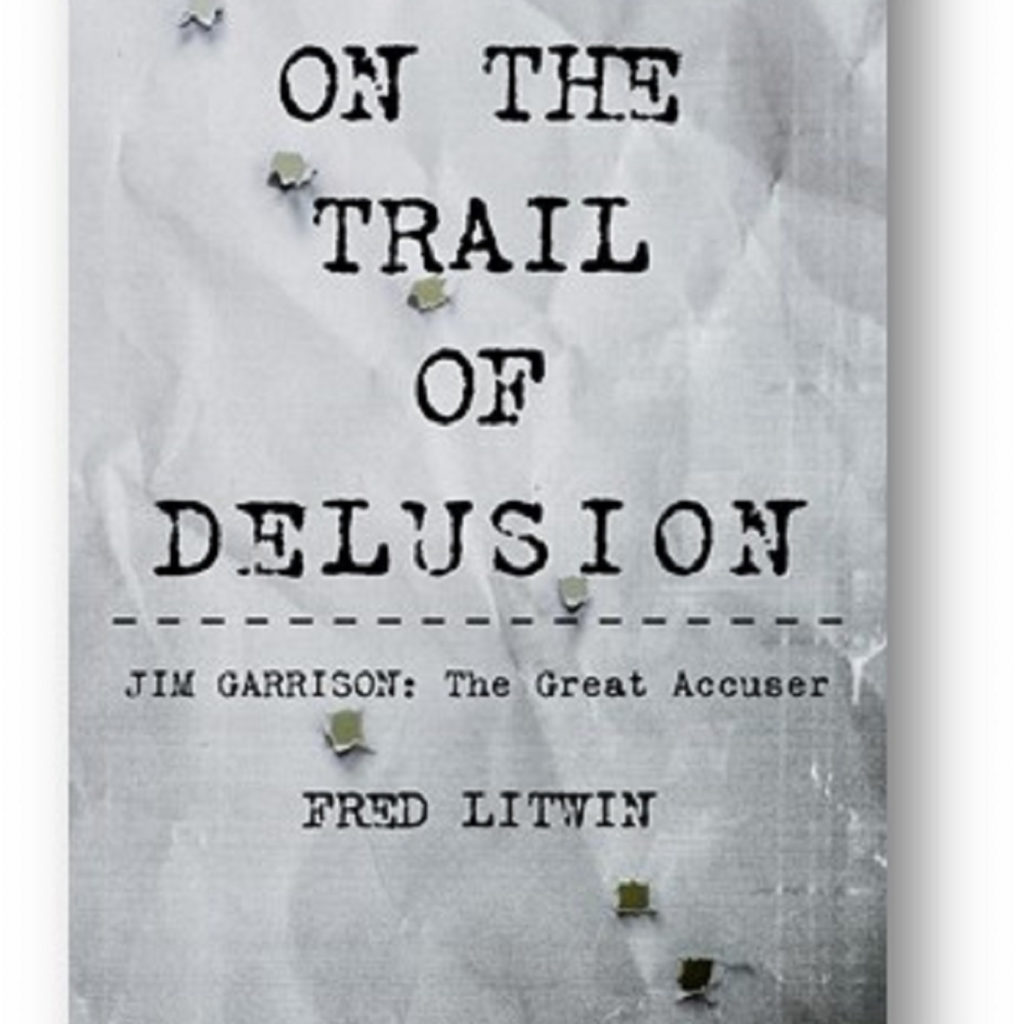 Fred Litwin, a former JFK Conspiracy Theorist has #debunked all of the several explanations surrounding the murder. He goes further into the investigations with his new book: On The Trail of Delusion: Jim Garrison: The Great Accuser.