In his timely new book, American Gaslighting: How America is Being Systematically Taught to Hate Itself, author Daniel A. Shyti provides an in-depth analysis of human psychology and historical precedent demonstrating how Americans are being manipulated into hating their own country to serve the ends of political extremists who have propagandized entertainment, education and several other aspects of the culture. Dan breaks this down and discusses how he did his research on this episode of Book Spectrum.

Shyti minces no words about this manipulation, stating, “We need to blow the lid off woke ideology and expose it for what it really is – Marxism in disguise. The goal is to systematically deceive Americans into hating their own country. Its central tactic is pervasive gaslighting, a psychological ploy designed to make people doubt the reality that is right under their noses. ”

“There wasn’t one specific event that triggered me to write this book,” says Shyti. “Rather, it was a build-up over time as I observed the egregious assaults on the American identity and the blatant self-hatred that the left is determined to create. As I heard the lies coming from the left, I noticed that they grew more and more outrageous, and it became obvious to me that the left was engaged in creating an alternate reality – persistent gaslighting intended to induce Americans to hate their own country.” 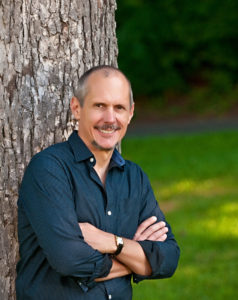 political commentator, author, and patriot. After graduating with a B.S. in Electrical Engineering from the Pratt Institute and serving in the Army for four years, Dan made the transition to private industry. There he dedicated himself to being a good leader and eventually became the Vice President of a Fortune 100 technology company, until he left to start his own leadership training company.

Dan founded 4 Power Leadership, with the goal of creating personal transformation through teaching the art of leadership. Dan is the author of 4 Power Leadership: Your Pathway to Leadership Success and Ten Timeless Rules for Life: Things Every Young Person Should Know for a Perfect Launch. His third book, American Gaslighting: How America is Being Systemically Taught to Hate Itself, examines political ideology in a combined context context of human nature, logical thought, and historical perspective to expose and counter Marxism cloaked as “woke ideology.” Shyti passionately believes that identity politics is destroying America and that Americans need to unite under the one identity that matters – the American Identity – and commit to the Constitution as our unifying framework. Daniel and his wife live in Sterling, VA.

S3 E09- The Devil’s Calling: Will Over-Reliance on Tech and AI Wilt Our Humanity?