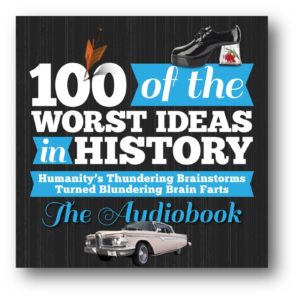 There were some pretty bad ideas throughout history, and not just picking the wrong color for a room or something line that. Writer and Producer Mike Smith has compiled a list of 100 huge ones in his new audiobook, 1000 of the Worst Ideas in History.

From skinny-dipping presidents to toxic tooth fillings to hit singing groups that can’t carry a tune, 100 of the Worst Ideas in History is a celebration of humanity’s historical, hysterical stinkin’ thinkin’—thundering brainstorms that turned into blundering brain farts—and the astonishing impact they carry to this day.

“We’re big believers in the adage ‘those who ignore history are doomed to repeat it’,” says Smith. “With schools relegating history to the dull, boring memorization of ‘dead guys and dates’, it was time someone took a swing at making history human, identifiable, entertaining and memorable.” 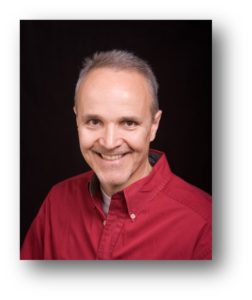 agency specializing in writing and producing television, video, radio, animation, AR/VR and web content. He has written and produced hundreds of humorous (and not-so-humorous) TV commercials, radio spots and corporate videos over the past 26 years for a gaggle of clients across our great land. He has also worked as a press aide and speech-writer for the New York State Assembly, a radio news reporter and a public relations manager.

You can find more information on Michael N. Smith at 100worstideas.com

Pick up the audiobook on Amazon