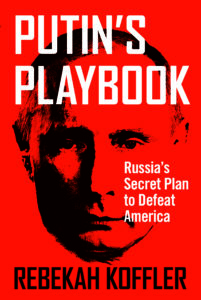 As the Russian invasion of Ukraine commences and captures worldwide headlines, what people might not know is this is only a small portion of Vladimir Putin’s long game. What does he have planned next? What is the bigger picture? How does he plan to go about his ambitious goals?
With us on Book Spectrum for this episode is Rebekah Koffler, a Soviet-born former US intelligence officer with the DIA and author of the book, Putin’s Playbook: Russia’s Secret Plan to Defeat America
As we are seeing some of the Russian President’s games play out these days, Koffler says this has been in the works for a while. In Putin’s Playbook, Koffler goes in-depth on how Putin rose to power from behind the scenes to pushing himself onto the world stage. She also delves into:

Rebekah Koffler, the author of Putin’s Playbook: Russia’s Secret Plan to Defeat America, is a former intelligence officer who served as a Russian 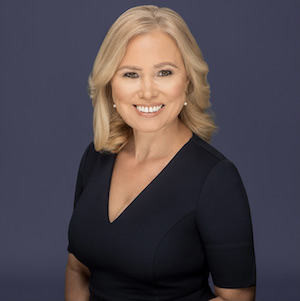 Doctrine & Strategy specialist in the Defense Intelligence Agency from 2008 until late 2016. She has delivered classified briefings to top U.S. military commanders, NATO ministers, the directors of the CIA and DIA, the White House National Security Council, and senior congressional staff. In her post-public service career, Rebekah is a writer, commentator, and national security consultant whose work has been published on the Fox News website, The Hill, the Daily Caller, and the Washington Times. She has appeared on Fox News, One America News, and the Sean Hannity nationally syndicated radio show. (From Rebekah Koffler’s website)