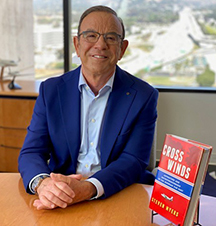 Our guest on this week’s Book Spectrum can not really be categorized.

Is Steven Meyer a businessman? He did found S-M-and-A, led several companies and is what we call a “serial entrepreneur.”

Is he an adventurer? In 1992, at the end of the Cold War, Steven Myers became the first American since Charles Lindbergh in 1931, to pilot an aircraft into the Russian Kamchatka peninsula – to do business.
A life-improvement specialist? His dealings in Post-Soviet territories have 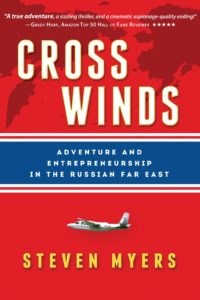 made lives better for their populations.

Steven Myers is also a Mathematician and served in the Air Force… that’s a short list.

We wanted to learn more about Myers after reading his book: CrossWinds: Adventures and Entrepreneurship in the Russian Far East, so we invited him on the show.

S2 E05 – Kevin Schewe is back with Bad Love Beyond