With her new book, Hush Money, debut author Jacquie Abrams tells a compelling and cautionary tale that is all too familiar to Black people across the globe about the rigors of working in a large, highly bureaucratic organization and dealing with covert and overt racism. Levels and types of discrimination are chronicled in the five-year journey of Ebony Ardoin, an ambitious, young, Black woman in search of a fulfilling and rewarding career path that allows her to live the American Dream.

Jacquie Abram, Deborah Harris, and Delilah Harris are a mother-daughter 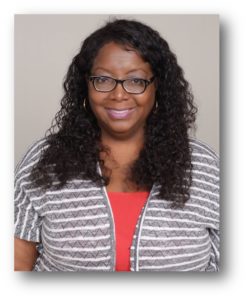 powerhouse trio, who are intensely passionate about revealing the grueling truth about systemic racism in America. They co-authored the book Hush Money: How One Woman Proved Systemic Racism in her Workplace and Kept her Job.

All three women left corporate America after experiencing racism in the workplace and suffering racial trauma.

Jacquie spends her time writing books inspired by her experiences and the experiences of her daughters and others that shine a light on systemic racism in the workplace. She hopes her books will offer courage to those who are currently experiencing racism and don’t know how to fight back, those who previously experienced racism and feel alone, and those who are allies and want a deeper understanding of how to help prevent racism.

In March 2021, Jacquie also launched her career as an Antiracism Consultant, doing work that focuses on educating, training, and facilitating discussions with organizations and individuals on the impact of systemic racism in the workplace.